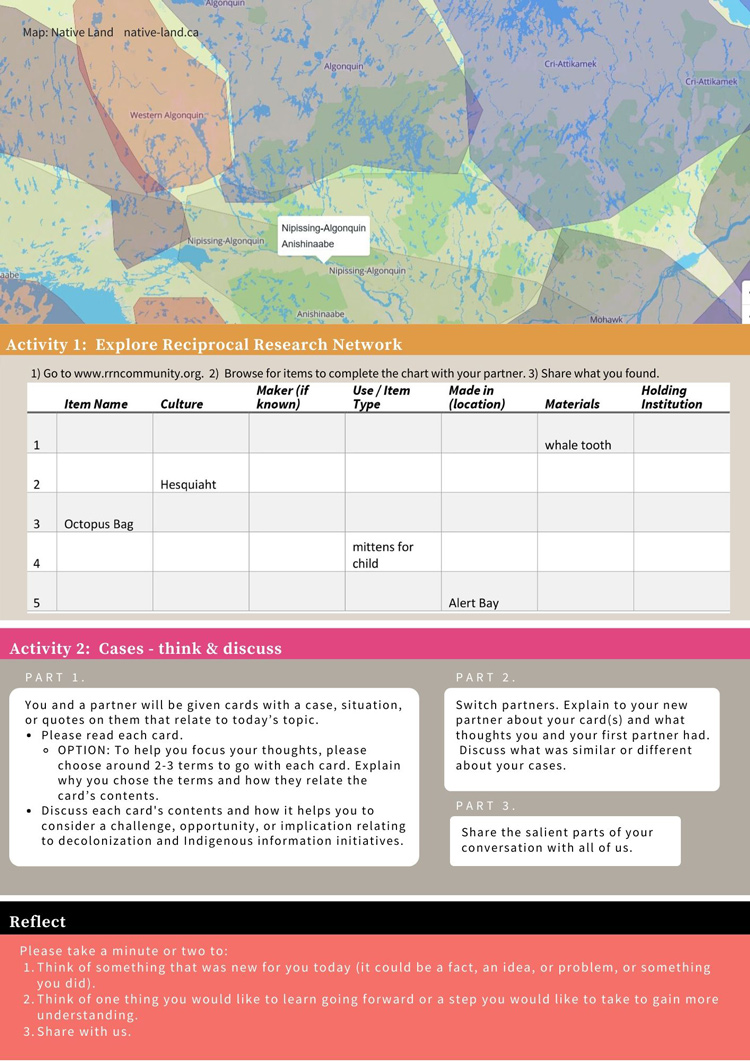 Case: Knowledge keepers (elders) from First Nations communities in Ontario were interviewed on the topic of traditional knowledge management and preservation.

“As Ojibway Elder2 observed, although traditional knowledge and practice might be written down [to help preserve them in the face of its prevalent loss] “the essence and the spirit of [the knowledge] would not be there. These would just be words but practising the knowledge is what puts it into action and movement and into place” (Personal interview, 21 December, 2006). Giving an example of ceremony, Ojibway Elder2 noted that ceremonies are conducted differently each time without following any set instructions” (Maina, p. 18).

Summarized by Stevens:
The Galiwin’ku Indigenous Knowledge Centre was established under LKC in 2003 for the Yolngu people of Elcho Island. The Centre includes a database that was developed specifically for the management of Yolngu knowledge and is structured to reflect the Yolngu knowledge system (Beale 2003). The database allows the community to digitize objects that have been repatriated by museums and other institutions and record other cultural knowledge in audio, text, video, and photograph media to be accessed by the community or sold to universities and other researchers. Rights and responsibilities for Yolngu knowledge are divided between two different clans, and so the database was designed to reflect this. Knowledge is also separated into public, restricted, and highly restricted knowledge, and it is separated by gender. Access to restricted
and highly-restricted knowledge is controlled by assigning people in the community user ID’s with specific levels of access designated to certain groups, while public knowledge can be accessed by anyone (Scott 2004).

Miller (p. 345-346) writes:
The real issue is that over 300 years of British Columbia’s history, there has developed an inextricable bond between two forms of communication, documentation, and memory making. Aboriginal groups have accepted the inevitability of writing and have chosen to add it more formally to their
own communications culture. Listen to this plea from a First Nations Council member to his band, written in 2004, urging the expansion of their own documentary resources:

We have to document somehow, as to why we say that this territory belongs to us. In a sense we are proving to [the government] that we own the territory ... the government is looking for proof ... that is why we need to have our [adaawk] on paper. It is going to take each and every one of us to talk ... It is about time we started to write it down. It has to go down in writing.

Kitkatla is part of the Tsimshian nation whose territory is in the region of northern BC coast and Alaska.
adaawk: The type of oral testimony that is the important legal or organizational information of a particular clan or House (Miller, p. 334).

Case: Effort to repatriate 1946 recordings of Iñapuit songs (held in an archive at Columbia University)
Background: The mid-twentieth century music collector Laura Boulton is an infamous colonial collector of Indigenous music. Her behaviours were financially exploitative and hidden under the pretense of objective, scholarly research. She believed the Iñapuit musicians whose songs she recorded were simple, passive, and primitive, while her primary Iñapuit informant and singer, named Sikvajugak, viewed her as his colleague.
Project: The archivist, as a first step to begin decolonizing the archive, reached out to “descendants” of Sikvajugak through a letter taken along with a CD of Iñapuit songs to the Iñapuit town Boulton had visited. The letter invited Sikvajugak’s “descendants” to contact the archivist for copies of the CD. Over the years, this simple and naïve outreach effort has resulted in hundreds of Iñapuit hearing and discussing the recordings, and six years of research and community-led work. Furthermore, a few years after the first outreach effort, a young Iñapuit “descendant” of Sikvajugak contacted the archivist and explained he had used the CD to start a dance troupe and had revived the songs from the recordings. The young dancers had taken the initiative to take control of their community legacy from Boulton’s archive and had meticulously developed them into their repertoire. Like in many northern communities, Iñapuit young people face the hardships of addiction, suicide, depression, violence, and so on. Community advocates for the strengthening of traditional Iñapuit culture believe strongly that the best antidote to this situation is sustaining traditional culture. Put simply, young people who dance are less likely to die. The young founders of the dance troupe “were motivated by this understanding … and saw their new dance group as a youth-oriented intervention in their own generations’ cycle of loss and trauma, and as a form of public service” (Fox, p. 544). Iñapuit: Inuit of coastal Alaska.

Case: Our Story databases - a key component of the Libraries and Knowledge Centres program of Northern Territory Library, Australia.
Our Story databases enables remote communities to set up digital collections of local knowledge and cultural resources by creating, adding and repatriating content.

Summarized by Richmond:
How is content from the Our Story databases being used? The Wadeye database has enabled community access to resources which were previously unavailable. …
Bernice Cavanagh is CLO [community liaison officer] at Ltyentye Apurte near Alice Springs. When the library received a book written by Roy McFadyen, Bernice realised that the author may have known some of her family. Mr McFadyen lived and worked at Loves Creek Station east of Alice Springs from 1937–1942. Bernice wrote to him to ask for more information and whether he had photographs of her family. Mr McFadyen, who is now in his 80’s, invited Bernice to visit him in Queensland. He presented Bernice with a copy of his photographic collection and donated a second set to the Ltyentye Apurte LKC. With some technical assistance Bernice was able to record an oral history of Mr McFadyen’s time in Central Australia. This wonderful material would have been lost to the community, but for Bernice taking the initiative to contact Mr McFadyen making the journey to Queensland to hear his story. 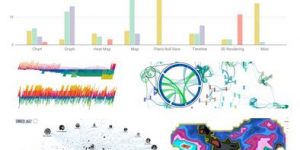