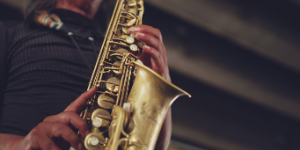 For this assignment, I described two descriptive systems: one an existing descriptive system and proposed a new descriptive system. Each separate description identified combinations of content standards, markup formats, and controlled vocabularies. For the existing system, I chose the Sheet Music Collections of York University’s YorkSpace repository. For the second part, I proposed a system that would allow the performances of jazz solos in jazz recordings to be organized and described.